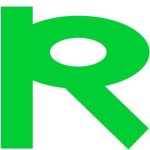 0:04 A car appeared in good timing at an intersection. It stopped soon. It was parked ahead but it ran away as I was closer.
0:51 Yamato Transport’s truck moved strangely.
1:32 Ito Gas’s car appeared to read the meter. After that, the car appeared again.
1:54 Masuko’s truck passed as usual.
1:58-8:26 Marui Energy’s car had stayed for six minutes and thirty seconds.
12時05分 A newcomer S who was charged of fishery entered the lounge, watched the mirror in the changing room and left there.